The Name of the Lord is

Welcome to "From Bitter Waters to Sweet"

As I walked the streets of my small midwest town praying for the people and the churches of the town, the words came to me, "Make bitter waters sweet."
Those words made no sense at the time.
Surely if those words actually came from God they weren't about me. I, the pastor's wife, had a life that other women in my church envied.
Shortly after that, my life fell apart and the bitterness that lurked beneath the surface came to the top.
But God did not leave me there. Just as He can make crooked paths straight, raise valleys, and lower mountains, so also could He make bitter waters sweet.
This blog contains bits and pieces and large chunks of my ongoing journey from bitter waters to sweet.

Patriarchy vs The Croods

I don't do movie reviews very often. For one thing, I can't keep up with the movies I want to see, let alone any others. So I'm not on the cutting edge here at all. In fact, this movie is a year old.

The Croods came out in 2013. I took a couple of my kids to see it. Then it was released on Netflix and I watched it two more times, the last time being Monday night the 21st of April, 2014. I have not grown tired of this flick yet and would watch it again with someone who has never seen it. The zany humor and pro-family theme combination make it one of my favorites of this decade.

Sadly, many Christians won't go see it because it is based on a family of cave people living in a prehistoric era. Many Christians are so concerned with their Young Earth Creation view that they will miss the symbolism in this movie.

Seriously, how many teenage daughters, hitting puberty, have looked upon their families as positively stone age. Conversely, how many fathers dealing with their daughters' puberty have wondered what happened to that little girl they loved. Those poor fathers can't figure out where this emotional/dramatic monstrosity evolved from.

Perhaps the reason this movie has captured my heart is that I watched it back during a time when my church was showing the "Courageous" movie put out by Doug Phillip's Vision Forum group. I didn't see Courageous myself, but did view the purity ring scene from it. You can find that scene at Spiritual Sounding Board:Who Owns a Daughter's Heart.

Contrasting the restrictive, controlling, push of patriarchy over their daughters with the struggles of the father/daughter relationship as portrayed in The Croods brought me to actual tears. And I don't cry much. Just ask my kids. They call me robot mom. I don't display a lot of emotion.

It brought me to tears for two reasons. The first reason for those tears was a deep anger and frustration over how Patriarchy is botching up families with their control and fear tactics.

But the second reason was because The Croods dealt with the subject matter of overprotective fathers and frustrated daughters with more charm and grace than anything the Patriarchy crowd has ever come up with.

Let's get into the review part.

As mentioned before, there is a character conflict between father Grug and daughter Eep. Grug wants to keep his family safe. They are the only family left in the area, since the other families were all taken out by various prehistoric dangers. And as Eep says, Grug has been able to keep them safe because he is strong. That, and they hide in a cave most of the time.

Eep can't stand the cave and wants to explore. But everything is dangerous and their family motto is: "Never not be afraid!"

Then enters the character 'Guy' who tells Eep that the world is ending, changing, and that the only way to escape it is to follow the sun. But Eep knows she can't leave her family and the safety of the cave.

However, the ground shakes, the cave is destroyed and the Croods are forced to venture into dangerous territory that is all the more dangerous because it is unfamiliar.

Along the way Eep meets up with Guy again and he joins their small group (whether he likes it or not) because they need his fire. Somehow, Guy convinces them all that they need to follow the sun. The presence of Guy adds tension due to his new ways of thinking that Grug sees as bad.  But it's his new ways that help them survive their trek Westward.

I was in a conversation over on Thatmom's blog with a gal by the name of Avelinn concerning the draw of the Patriarchy on the Evangelical movement. We came to the conclusion that the reason it was so enticing is because we are in a time of changing and it's scary. Patriarchy promises to keep our children safe, like Grug's devotion to the cave and rules kept the Croods safe for so long. But as we have seen, Patriarchy can't keep our children safe. And in fact, Patriarchs, like Doug Phillips, are dangerous wolves in sheep's clothing the prey on children. I had considered writing on The Croods and contrasting it to Patriarchy. Our conversation has convinced me to carry it out.

Because the conclusion of The Croods is far more satisfying than the conclusions the modern day Patriarchs have. The Patriarch's conclusion involve scandal, like Phillips, Mahaney, and Gothard.

Without giving too much away, we learn that it wasn't just Grug's strength that was able to save his family. It was also the power of Grug's love for his family that saved them in the end.

If you haven't figured it out, yet. I highly recommend The Croods if you are looking for family entertainment that actually builds up families rather than tears them down.

It is available on Netflix and DVD.
Posted by Mara Reid at 12:09 PM 7 comments: 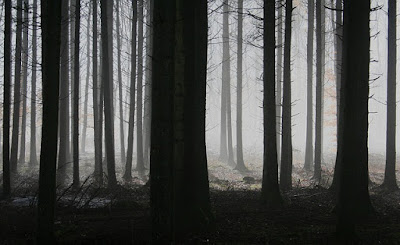 Here's a good blog post by the niece of Patriarch Geoffrey Botkin. She brings up a pretty good point concerning Doug Phillips, his doctrine, and his sin against Lourdes. (hint: it has something to do with the Titanic):

In which Lourdes petitions for a lifeboat.
Posted by Mara Reid at 2:37 PM No comments:

The Sins of Patriarchy

Patriarchy has a very dark and putrid underbelly.

The smiling faces of the model families featured in magazines and on websites are used to hide the sins of the 'patriarchs'. But the sins are there taking advantage of the very women and girls they claim to protect.

Doug Phillips, a chief patriarch and patriarchy pusher, used his position and his doctrine to sexually abuse a young lady for years in both her home and his.

Now she is filing a lawsuit against him for lying to her and using and abusing her sexually.

Pastor accused of 'using nanny as a sex object'

I hope this sends a message loud and clear to all the self-serving, self-important, and entitlement-assuming patriarchs out there. The false doctrine of patriarchy that you worship and serve is being exposed. It will not save you on your day of reckoning.
Posted by Mara Reid at 11:26 AM No comments:

We're going to take a break from picking on Driscoll today.
I'm sure Driscoll is breathing a sigh of relief (yeah, right).

We are going to take a peek into the word of Pastor James McDonald, an accountability board member of Mars Hill church.

First let's listen to a Sound Cloud audio of him at the Real Men Conference.
McDonald's fleshly rant

Now let's take a look at those Stepford-Elders I was referring to.
Harvest Bible Chapel Excommunication (September 2013)

Besides those Stepford-Elders, the video also reveals McDonald's perverted understanding of authority in the church. He doesn't get it. And that is why he fails.
Posted by Mara Reid at 7:02 AM No comments:

I try to keep my facts straight.

There are a whole lot of them.

I also try to give Driscoll the benefit of a doubt in some fuzzy areas. I know it doesn't look like it. It looks like I'm out to get him. Well, okay, I kind of am because he's been out to get so many for so long he needs to stop his reign of control, manipulation, and in some cases terror over there at Mars Hill.

In all this, I still want the info concerning him to stay as accurate as possible. But I simply do not have the hours in the day to keep up.

Wenatchee the Hatchet has been doing a better job. Here he points out errors in a Salon article.
Overview of Factual Errors on a Salon Article.

Thanks WTH for keeping us up-to-date.
Posted by Mara Reid at 5:33 AM No comments:

That's reason one from an article called:

Four Reasons Why Jesus Would Not Call Driscoll After a First Date.

It's an older article but still relevant with all the info going back and forth concerning Driscoll.

Before it was known that he has probably broken the law, it was obvious that he had severe issues.

I only link this blog in case there are those searching who haven't read this one yet.
Posted by Mara Reid at 2:14 PM No comments:

Did Driscoll Break the Law

Honesty, this discussion is going far beyond my pay grade.

Most of my concerns are about Driscoll's damaging teachings on Marriage and Authority.

But it appears there may have been illegal activity, the nature of which is beyond my comprehension.

But here is a link to a post concerning what he may have done that was illegal.

On Driscoll, it's called inurement, and it's probably illegal.

On this, I have to step back and let those in charge sort this out.
Posted by Mara Reid at 4:00 AM No comments:

For several years I have watched the happenings at Mars Hill from a distance. I wondered how long this was going to keep going, how long could Mark weasel his way in the spotlight pretending to the world that he was an integrity filled pastor.

There was a comment on Throckmorton's blog on an old post that I think is worth looking at but I'm afraid it might be lost so I want to link it here.

This first one is about MH's claim to be a church reaching the lost. (Hint: It's not. At least not anymore.)

"On one Sunday a few years ago, they asked everyone who'd become a Christian through MH to stand. I looked around. Only about two or three people out of a hundred were standing. I never saw that asked again. The image and the reality had clashed, so conceal the reality. That's one of MH core ills."

And this concerning MD's cutthroat way of building MH:

"To grow MH, Driscoll was preaching and promoting MH is such a way that he was weakening other churches in the area and later in other cities."

"Driscoll has mountains of rage inside him that seem to shift their targets over time."

And this concerning who Driscoll thinks the leaders in the church should be (Hint: Not Women):

"One of my frustrations with the children's ministry was that they put young (and often single) male interns over it rather that capable, experienced mothers."

I and several others have been sounding the alarm that all is not right with Mark Driscoll and Mars Hill. So many have tried to defend him and turn the tables on us saying that we were the ones with the problems, that we were jealous and getting in the way of the work of God.

There are still those defending him. But they are becoming fewer and looking more ridiculous all the time.
Posted by Mara Reid at 10:01 AM No comments: